In the earliest days of cryptocurrency, there was Bitcoin and only Bitcoin. Between its 2009 launch and April 2011, Bitcoin was the only player in town in the nascent cryptocurrency ecosystem. As interest in the world of digital currencies grew, new coins came onto the scene, first as a trickle, then as a deluge, which ultimately saw thousands of altcoins launch.

Simply put, an altcoin is any cryptocurrency other than Bitcoin or Ethereum, which means the vast majority of the crypto market is technically altcoins. The quality and legitimacy of these coins vary; some projects go on to spur large and active user bases, while others fizzle out and are painted with the dreaded “shitcoin” label.

The term altcoin is a portmanteau combining “alternative” and “coin”. It refers to any cryptocurrency other than Bitcoin, and depending who you ask, Ethereum as well. The overwhelming majority of “alt” cryptocurrencies originated as forks of either Bitcoin or Ethereum, which remain the #1 and #2 cryptocurrencies by market cap today, respectively.

Altcoins come into existence for a multitude of reasons. Some look to improve on certain aspects of an existing coin or blockchain, others are created by developers to serve a specific function. According to CoinMarketCap data, there are over 17,000 altcoins in circulation as of February 2022, with more being created all the time.

There are several different kinds of altcoins to know about. Out of literally thousands of altcoins, most can be categorized in one of the following buckets.

Stablecoins are cryptocurrencies whose value is “pegged” to another asset, typically U.S. dollars. Stablecoins maintain their peg in a variety of ways, usually involving holding a reserve of dollars and other assets equivalent to the amount of the stablecoin in circulation. Examples of stablecoins include USD Coin (USDC) and Binance Dollar (BUSD).

Utility tokens are used to facilitate a specific function or access services within a blockchain network. For instance, paying for network fees, earning rewards or purchasing services. Some examples of utility tokens are Basic Attention Token (BAT) and Funfair (FUN), with the most famous example being Ethereum itself.

Governance tokens give holders of certain cryptocurrencies the right to create and vote on community proposals that shape the future of the project. Votes are typically proportional, with the biggest holders’ votes carrying the most weight in governance proposals. Examples of governance tokens include Maker (MKR) and Uniswap protocol token (UNI).

Meme coins are alt coins that for one reason or another have enjoyed a certain degree of viral fame. Because their value is almost always entirely driven by online hype and social media buzz, meme coins are highly speculative and volatile cryptocurrencies. Some noteworthy examples of meme coins include Dogecoin (DOGE) and Shiba Inu (SHIB).

What are altcoins used for?

Altcoins are used for a number of different purposes, depending on the type of coin. Some are used for token holders to weigh in on matters that directly impact a project. Others are used as a sort of internal currency within a blockchain network. Some are purely speculative.

What are the top 10 altcoins?

According to CoinMarketCap data, the top 10 altcoins by market cap as of June 2022 are:

How can I use/spend altcoins?

Altcoins can be spent directly from the BitPay Wallet, through P2P transactions or at checkout with BitPay merchants. Consult BitPay’s Merchant Directory for a rundown of some of the businesses that accept altcoins. You can also load the BitPay Card with the altcoin of your choice, instantly turning your crypto into dollars for spending anywhere Mastercard is accepted. There’s also the option to use altcoins to purchase gift cards through BitPay, which are available from hundreds of top merchants including DoorDash, Uber, Walmart, Hotels.com and Home Depot.

Where can I buy and swap altcoins?

With the BitPay app, you can choose from the top altcoins and easily buy, swap, store and spend your cryptocurrency all from one place, and always at highly competitive rates. With BitPay you can even buy altcoins with a credit card, debit card, or Apple Pay.

How do I cash out altcoins?

Altcoins can be converted to fiat by selling on an open exchange, or through a direct P2P transaction. One of the most convenient ways is to load up your BitPay Card with your altcoin of choice for instant flexible spending around the world.

How many altcoins are there?

According to CoinMarketCap, there are over 17,000 altcoins as of February 2022.

How can I find the best alt coins?

The top altcoins are available and easily viewable within the BitPay app.

Is Ethereum an altcoin?

This question is the subject of some debate. Technically Ethereum is an altcoin in that it’s an alternative to Bitcoin and was positioned as such upon its launch. However, there are arguments to be made that the label no longer suits it. Ethereum makes up anywhere from 20-30% of the total cryptocurrency market cap, and its price is no longer as correlated to that of Bitcoin as it once was. It’s also the host blockchain upon which almost the entire decentralized finance (DeFi) ecosystem is built, and more than 90% of all smart contracts are built on the platform.

What is Altcoin Season?

Altcoin Season is the nickname given to periods in which the prices of altcoins experience tremendous gains over short spans based on speculation alone, such as we saw in the runup between April and May of 2021.

As a category altcoins are certainly not dead, but individual projects often land with a big splash and come crashing down as rapidly as they arrived. As always, it’s suggested to do your due diligence before investing in any project.

Altcoins vs stablecoins: what’s the difference?

Altcoins and stablecoins actually have some overlap, in that stablecoins are technically a variety of altcoin. However the two differ dramatically where it comes to price stability. Typical altcoins can fluctuate in value by tens or even hundreds of percentage points over a brief period of time, while stablecoins endeavor to stay attached to their peg at all times. 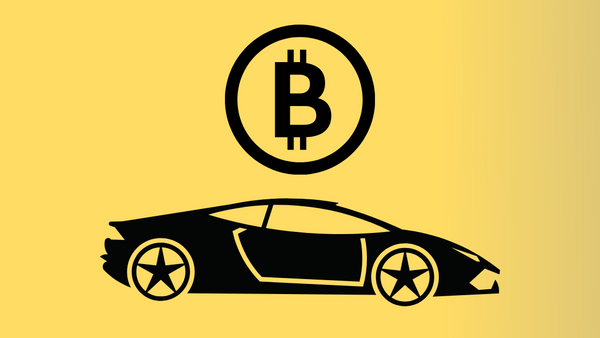 Buying a car with Bitcoin may sound far-fetched. But with the value of cryptocurrency rising and mainstream adoption booming, using Bitcoin to buy a car is easier than you think. Go ahead and 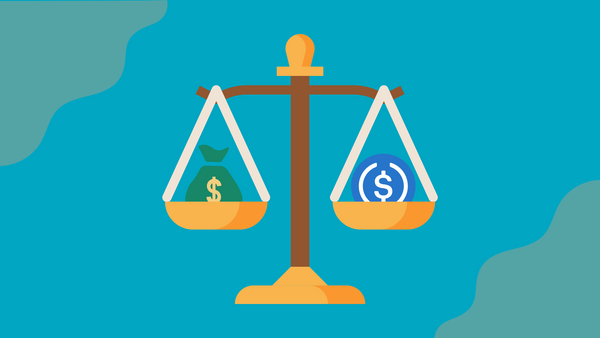 Summary Stablecoins are a type of cryptocurrency whose value is “pegged” to another currency, most often the U.S. dollar. They maintain this peg through reserves of dollars, other cryptos or a mix

The BitPay Blog
—
Guide to Altcoins: What They Are, How They Work and How to Use Them
Share this