Any crypto user will tell you the worst part of transacting in digital currencies is the fees attached to each and every transaction. Unfortunately, crypto fees are needed in order to sustain the vast networks of computers underpinning various blockchains and ensure their security. But even though cryptocurrency fees are probably here to stay, with a bit of knowledge and planning there are plenty of workarounds that can alleviate some of their sting.

Ahead, we’ll explain why cryptocurrency fees exist in the first place, the types of fees you can expect to encounter and some easy to implement strategies to help you pay less of them.

What are crypto fees?

With few exceptions, fees pop up in any transaction where cryptocurrency changes hands, whether you’re buying or withdrawing from an exchange, or making or receiving a payment in crypto. For example, Bitcoin fees are charged by the miners and validators completing the transactions, plus any third-party service provider involved along the way.

There are a few types of fees you'll encounter when conducting business in cryptocurrency, and each is slightly different.

Transaction or miner fees are designed to incentivize miners and validators to confirm cryptocurrency transactions, and typically fluctuate depending how many transactions are waiting to be added to the current block.

Service or network fees are charged by third-party service providers that facilitate transactions, such as a Bitcoin ATM or buy crypto on an exchange. These fees are charged over and above any network-originated fees paid to miners.

All cryptocurrency transactions are permanently recorded on the asset’s corresponding blockchain. Confirming and securing these transactions on each network requires highly specialized computer hardware called miners, which are responsible for adding transactions to the blockchain to finalize them. Since blockchain networks are secured and operated by volunteers, these fees are what makes the efforts of miners and validators worthwhile.

Each blockchain is different, but they all have a finite number of transactions that can fit into each “block”. For instance, each block on the Bitcoin blockchain can fit approximately 2,800 transactions. Miner fees can fluctuate depending on how many transactions are waiting to be added. During periods of high network traffic, miners prioritize the validation of new transactions based on these fees. Users who want to complete their transaction more quickly can even increase their transaction fee to boost its chances of being included in the next completed block.

Operating a business facilitating crypto transactions costs money, and service fees incurred by users transacting business in cryptocurrency are the primary source of income for exchanges and other service providers. These fees are simply the cost of doing business with an exchange, and are typically a fixed percentage of any transaction being initiated.

Service fees vary greatly depending on a number of factors, such as the type of transaction, the payment method and the blockchain on which it takes place. For instance, Coinbase charges a fee between 0.5% and 4.5% of the amount transacted, while Crypto.com’s fee ranges from 0% up to 2.99%.

How to to pay less in fees and make transactions faster

Like death and taxes, crypto fees are inevitable, but there are a number of ways users can reduce them.

The time of day you transact in cryptocurrency is likely to have a significant impact on what you’ll pay in fees. You wouldn’t hit the highway during rush hour if you could avoid it, and you can similarly avoid peak usage times for blockchain networks when transaction fees are at their highest.

So what is the best time to avoid miner fees? Generally blockchain networks tend to be busiest during hours when people in the U.S. are awake, as that’s where the world’s largest concentration of cryptocurrency users are located. Additionally, weekends show less activity, especially Saturdays. There are plenty of resources online that provide network traffic data for various blockchains so you can see in real time how many transactions are in the queue and get an idea how much you can expect to pay in fees at any given time.

Additionally, the speed at which you want your transaction to be verified impact the fees you pay. If you have a high priority transaction and want it to be confirmed faster, you should expect a higher miner fee. If your transaction is not urgent, then a slower verification time means a lower transaction fee. Whenever you send payments from the BitPay Wallet, you have the ability to choose your desired transaction speed and control how much in fees you’ll pay.

Want to lower ETH gas fees? Depending on which chain a transaction takes place, gas fees can be considerably lower compared to Ethereum. As a result, a number of cryptocurrencies have sprung up as “alternatives” to ETH, which utilize the Ethereum Virtual Machine for smart contracts but issue their own tokens on their own blockchains, which reduces the amount of computing power needed to complete transactions, and therefore the transaction fees. A few examples of ETH alternatives include Solana (SOL), Cardano (ADA), Binance Smart Chain (BNB), Polkadot (DOT), Avalanche (AVAX), and Algorand (ALGO).

Transaction cost vs Transaction speed: Bitcoin transaction fees are typically lower than Ethereum, however, Bitcoin’s transaction speed is limited due to a parameter governing how much data each block can hold, which as a result keeps fees higher and transactions slower than on other blockchains. Initially Bitcoin was limited to 1 megabyte per block, although that maximum has slowly inched up over the years to 1.39MB.

By comparison, Litecoin (LTC), founded in 2011 as one of the first “alt-coins” based on the Bitcoin blockchain, generates a new block every 2.5 minutes and as a result can complete as many as 56 transactions per second. Its shorter transaction time means the network is capable of processing transactions much more quickly than Bitcoin.

Make Bitcoin Lightning Network payments (or other off chain protocols)

Processing limits were long considered one of Bitcoin’s biggest shortcomings. Then the Lightning Network changed the global payments game.

BitPay now supports Lightning Network transactions, allowing users to make and accept Bitcoin payments faster than ever before and at a fraction of the cost of traditional Bitcoin payments.

Lightning Network is an off-chain payment protocol. It allows payments to be made away from the main Bitcoin blockchain without giving up the security and decentralization it provides. LN creates direct payment channels between two parties, allowing for an unlimited number of micropayments to be transacted nearly instantaneously. For instance, you can open a channel with the local cafe where you get coffee every day, and pay for your morning brew in Bitcoin without spending the same amount or more in transaction fees.

The payment channel records all transactions on its own ledger, and consolidates and broadcasts them to the main Bitcoin blockchain once the channel is closed. The only time fees are paid is when a payment channel is opened or closed.

Shop around for the lowest fees

Different service providers may show different fees for the same transaction. If you have multiple wallets or accounts with crypto services, it is a good idea to check the fees across your favorite apps and providers. Whenever you buy Bitcoin or another cryptocurrency with BitPay, we partner with multiple providers so you can choose the best rate possible.

The bottom line on cryptocurrency fees

Much like travel systems, cryptocurrency networks are subject to periods of high traffic, during which transactions slow and fees increase. Drivers looking to avoid sitting in traffic may choose to time their travel to avoid rush hour or use more efficient means of travel. Cryptocurrency users similarly can time transactions, use alternative coins/protocols and compare rates across providers to pay less in service or miner fees. 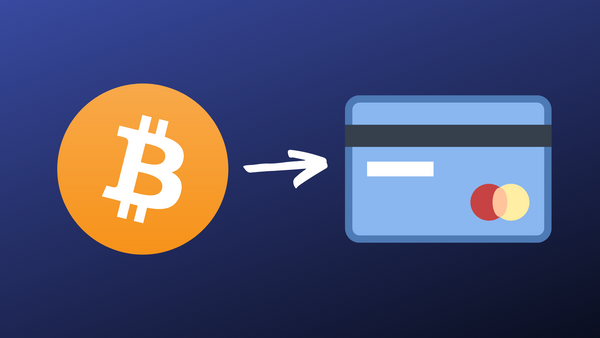 These days there are more ways to spend crypto than ever before. One of the most flexible options is to buy a prepaid Mastercard gift card, which can be purchased with crypto and 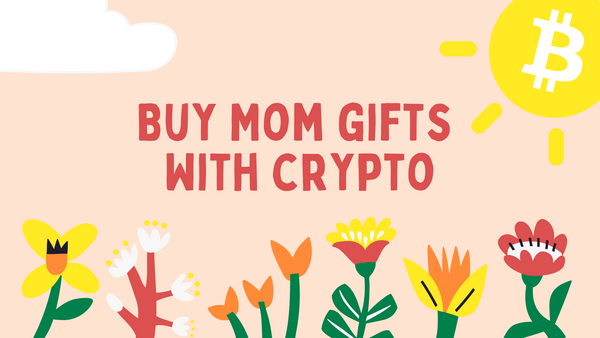 The mom in your life has been through it all. If there’s one person who has HODL’d in life more than you, it's probably her. Here are some Mother’s Day