Launched in June 2022, Euro Coin (EUROC) is the first stablecoin to be 100% backed by the euro. Like other stablecoins, EUROC’s price is maintained through reserves of fiat currency secured in U.S.-regulated bank accounts. This helps maintain its “peg” to the euro and keep its value in precise 1:1 parity with the euro at all times.

What is Euro Coin?

Euro Coin (EUROC) is a stablecoin issued by Circle Financial with a value that’s pegged to the dominant currency on the European Continent, the euro. Each Euro Coin in circulation is backed by one euro held in reserve in euro-denominated, U.S.-regulated bank accounts, and a single Euro Coin is always redeemable 1:1 for one euro.

It’s the first stablecoin to have its reserves backed by the euro, utilizing the same model as USD Coin (USDC), another stablecoin launched by Circle Financial. The key difference between the two is that USDC reserves are instead held in U.S. dollars or equivalents. USDC was an immensely successful launch for Circle. More than $55 billion in USDC is in circulation today, making it the fourth largest cryptocurrency by market cap.

Similar to many other cryptocurrencies, but particularly stablecoins, Euro Coin opens new pathways for making fast and secure financial transactions across borders at a low cost. Since it’s backed by euros, it will enable businesses and individuals in the European market to make and accept payments in their local currency from anywhere in the world.

Stablecoins offer a number of distinct advantages. For instance, their price predictability compared to non-stablecoins make them particularly attractive to those who are interested in dabbling in cryptocurrency but are deterred by their characteristic price fluctuations. Stablecoins like Euro Coin can also provide more experienced crypto users a shelter from market volatility, allowing users to swap coins more subject to price swings for stablecoins to ride out the storm without taking their crypto out of the market.

How does Euro Coin work?

EUROC is an ERC-20 token built on the Ethereum blockchain. This means it can be used with any ERC-20 compatible wallet, protocol or other blockchain services, including throughout the Web3 and DeFi ecosystems.

Although it was built on Ethereum, Circle says it’s well aware of the network’s inherent limitations, namely slow processing speeds and high transaction fees, known as “gas” fees. To work around this and ensure maximum adoption, the company says it has plans to launch Euro Coin on additional blockchains sometime in 2022.

The U.S. dollar is seen as the world’s reserve currency, owing to its widespread circulation and value backed by the full faith and credit of the U.S. Government. The euro is widely considered the second most-dominant reserve currency, but until now most on-chain liquidity has been in dollars. Euro Coin opens up greater access to the euro, both from within and outside of the continent, which should help increase the overall amount of euro liquidity in the market.

How do you use Euro Coin?

Whether they’re located within the eurozone or not, Euro Coin will allow businesses to accept crypto payments in euros from customers anywhere in the world, helping them expand their customer base to include those who only transact in euros. Companies can also use Euro Coin to pay out crypto to employees, vendors and contractors, and even provide rebate offers or rewards for loyal customers. Billing is a snap for businesses using BitPay, enabling companies to send invoices payable in Euro Coin via email. BitPay then converts customer payments into your local currency and settles transactions the next day. Euro Coin is introducing greater euro liquidity on-chain, which businesses can tap into for everything from payments and trading to lending and borrowing, all in their local currency.

It’s not just businesses who stand to benefit from the ease and convenience of completing transactions in Euro Coin. Individuals can easily send and receive Euro Coin payments between family and friends, or even pay BitPay merchants across borders with Euro Coin. Use the BitPay Wallet to store and spend EUROC. Since it’s an ERC-20 token, Euro Coin provides an onramp to experiences and opportunities across decentralized finance (DeFi) and Web3, including NFTs, DEXes, lending pools and many other use cases. 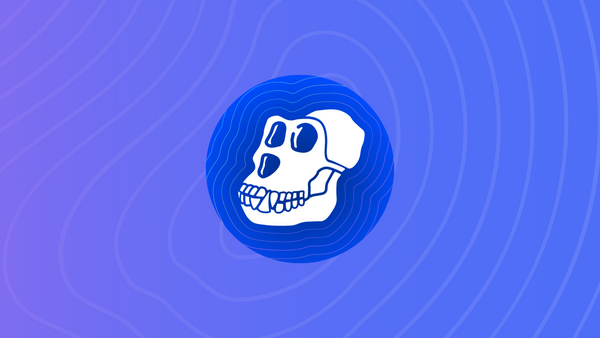 ApeCoin (APE) is an ERC-20 governance and utility token that serves a variety of functions within the APE ecosystem, which is made up of individual token holders and the products and services utilizing 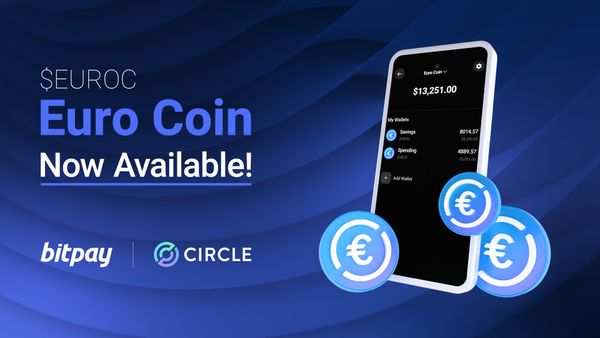 The BitPay Blog
—
What is Euro Coin (EUROC) and How Do I Use It?
Share this