ApeCoin (APE) is an ERC-20 governance and utility token that serves a variety of functions within the APE ecosystem, which is made up of individual token holders and the products and services utilizing the token. It’s affiliated with a non-fungible token (NFT) project known as the Bored Ape Yacht Club (BAYC), a massively successful and valuable collection launched by Web3 company Yuga Labs.

ApeCoin is an Ethereum-based token governed by ApeCoin DAO, a decentralized autonomous organization (DAO) tasked with making decisions around things like ecosystem fund allocations, governance rules, projects, partnerships and more. All holders of APE are eligible to be members of ApeCoin DAO.

The token originated from the Bored Ape Yacht Club (BAYC), an NFT series from Web3 company Yuga Labs. The collection features 10,000 unique cartoon ape drawings, each with a distinct look and style, with ownership of each verified on the blockchain. BAYC has been one of the most successful NFT projects to date, enjoying viral popularity including famous owners like Jimmy Fallon and Eminem. Prices fluctuate, but individual pieces in the series sell for a minimum of $130,000 as of this writing, with a ceiling well above $1 million.

How does ApeCoin work?

ApeCoin DAO members vote as a community on issues impacting the direction of the ecosystem’s growth, from how funds are allocated, how rules are enforced, what partnerships to pursue and which projects to undertake.

The DAO’s decisions are then implemented by the ApeCoin Foundation, which serves as the DAO’s legal representative and supports the growth of the ecosystem in various ways. The Foundation includes a 5-member board made up of luminaries in the world of crypto and tech. The Board is responsible for ensuring the community’s vision is being followed as the ecosystem continues to develop. APE holders vote to determine the Board’s membership on a yearly basis.

How do you use ApeCoin?

ApeCoin’s primary use is as a governance and utility token within the APE ecosystem. It allows holders to participate in DAO governance votes while also offering access to members-only features of the ecosystem like games, events and other services.

Of course, with BitPay’s recent support for the token, you can also buy ApeCoin (APE), store, swap and spend in the BitPay app. All BitPay merchants have the option to accept ApeCoin as payment, opening up thousands of new ways to use and spend the token. You can send ApeCoin payments from any compatible wallet, including the BitPay Wallet. Use the BitPay Card to instantly convert APE to cash online, in-store or at compatible ATMs around the world.  Buy gift cards for your favorite brands and shops from the app or extension.

It’s also used by a number of developers outside of the APE ecosystem, such as play-to-earn (P2E) game Benji Bananas by Animoca Brands, which uses ApeCoin to incentivize and reward players.

APE is poised to be deeply integrated with Yuga Labs’ metaverse project, Otherside, where it could be used for any transaction within the environment. If Otherside eventually incorporates a P2E mechanic, APE could be given as rewards to players.

What is the APE ecosystem?

The ApeCoin ecosystem is made up of individual token holders, as well as a wide range of products and services that are using the cryptocurrency. Chief among its ecosystem members is Yuga Labs itself, which has adopted APE as the primary token for its projects.

ApeCoin has a fixed total supply of 1 billion APE tokens, which cannot be minted or burned. This means the number of ApeCoins in circulation will never go up or down. Upon its launch in March 2022, the largest share of the supply, 62% (620 million tokens), was distributed to the ecosystem fund, of which 150 million went to BAYC/MAYC NFT holders and 470 million went to the DAO treasury and resources.

How to claim ApeCoin

A set amount of ApeCoin tokens have been set aside for NFT holders. Depending on the depth and variety of your BAYC/MAYC NFT collection, you are entitled to between 2,042 and 10,094 APE tokens for each NFT. Connect your MetaMask wallet and visit ApeCoin’s claim process to start collecting your APE tokens!

If you do not own BAYC/MAYC NFT, you can buy, store, swap and spend ApeCoin in your BitPay Wallet. Carry crypto spending power in your pocket everywhere you go. Spend your APE or more than a dozen other cryptocurrencies as easily as cash. The BitPay Wallet is a non-custodial crypto wallet meaning you, and only you, control your ApeCoin.

Can you mine ApeCoin?

No, you can’t mine ApeCoin. ApeCoin’s supply is fixed at 1 billion APE, meaning tokens cannot be mined or burned.

When did ApeCoin come out?

ApeCoin was officially released on March 16, 2022. It was initially distributed via airdrop to the constituencies described above.

What blockchain is ApeCoin on?

ApeCoin is an ERC-20 token built on the Ethereum blockchain.

Is ApeCoin a good investment?

ApeCoin has some actual utility within the APE ecosystem, so it’s more than just a speculative “meme coin”. However, its price is prone to dramatic fluctuations like many other cryptocurrencies, so as always it’s important to do your homework before investing. 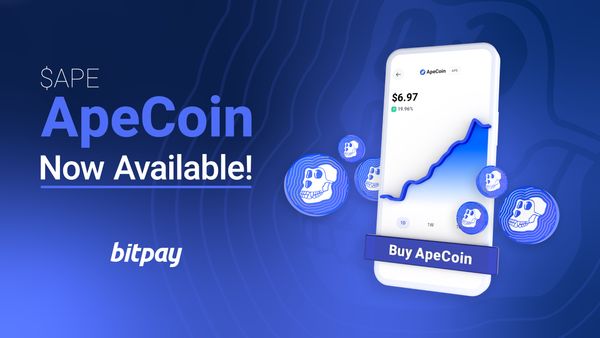 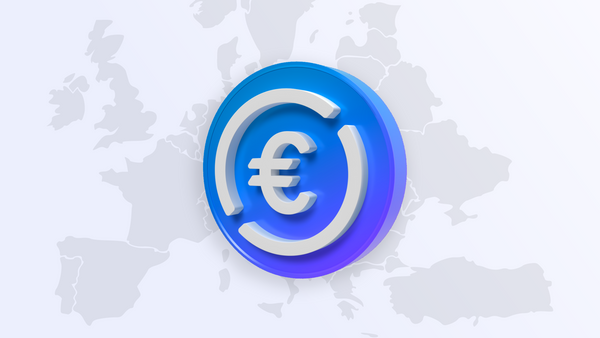 Launched in June 2022, Euro Coin (EUROC) is the first stablecoin to be 100% backed by the euro. Like other stablecoins, EUROC’s price is maintained through reserves of fiat currency secured in

The BitPay Blog
—
What is ApeCoin (APE) and How Do I Use It?
Share this