Etherem’s move to proof of stake is also called Ethereum 2.0 or “The Merge''. In this guide we’ll review what the transition is, why it is happening, the benefits Ethereum 2.0 will bring, demystify some common misconceptions and clear up the impact it will have on the world of crypto.

Highlights of Etherem 2.0 (The Merge)
Ethereum will move to a proof of stake consensus when it merges with the Beacon Chain (aka the Consensus Layer)

ETH2 is not a new asset. The ETH in your wallet or exchange account will not be impacted.

Ethereum's transition to proof of stake will bring numerous benefits, including improved efficiency, scalability, and security, as well as reduced centralization

Ethereum 2.0 is not a new asset, but is the name given to a set of updates coming to the Ethereum Network. The initial updates will see Ethereum merging with the Beacon Chain and transitioning from a proof of work (PoW) consensus to proof of stake (PoS). Over the next few years, additional updates such as sharding will roll out.

What exactly is being merged?

The network that we all know as Ethereum (ETH1/Execution Layer) will be merging with the Beacon Chain (ETH 2/Consensus Layer). The Beacon Chain is a separate network running parallel to Ethereum. Currently, Ethereum uses a proof of work model to validate blocks. In this model, validators compete in order to gain the rights to produce the next block. After The Merge, Ethereum’s blocks will be produced only through the Beacon Chain leveraging a proof of stake model. Ethereum’s proof of work model will be shelved permanently. The Beacon Chain will be actively coordinating all the block validating activity, randomly selecting validators for participation.

Quick explainer on proof of stake (PoS) vs proof of work (PoW)
“Proof of stake” and “proof of work” are the most popular consensus mechanisms used in cryptocurrency to validate and add transactions to the blockchain. Proof of work, popularized by Bitcoin, involves validators using extreme amounts of processing power to solve math problems and compete for the right to validate and create blocks. PoW validators are rewarded for each new block created. In comparison, proof of stake is a consensus mechanism where participants in a network must stake some of the underlying asset in order to be able to participate in securing the network.

What is Ethereum 2.0’s release date? When will Ethereum switch to proof of stake?

The Ethereum development community is making good progress and we expect ETH 2 to go live in 2022. As of July 2022, the Ethereum core developers updated the Ethereum merge timeline with a tentative launch date sometime during the week of September 19th, 2022. There have been three testnets that were scheduled to be merged over the last couple of months and two of them have been successfully merged already. The final testnet is scheduled to be merged around August 11th. After that, the only thing left will be merging Ethereum mainnet. We are very, very close.

Every twelve seconds, the Beacon Chain will randomly select a group of validators (stakers) and designate roles. The size of the group is 1/32nd of all stakers on the network (currently, this would mean a group of over 12,000). One of the selected validators will be the block proposer. The other selected validators are called attesters, as they will attest to the blocks validity once it has been proposed by the block proposer. A new block proposer will be appointed every time a new block is created. Several people in each group will have the opportunity to propose a block. If a block proposer misbehaves in any way then they have to pay a penalty. This is known as “slashing”.

Stakers receive rewards for participating but they are also at risk of losing some or all of their stake if they do something malicious such as proposing or attesting multiple blocks for the same position in the chain. This is the way the protocol protects itself from a hostile takeover.

People who stake their ETH to provide security to the network receive all the block rewards and transaction fees generated by the network (excluding all fees burned by the network due to EIP-1559). It is shared equally among the pool of stakers - it doesn’t matter if you were in a chosen group of participants, you still get rewards.

Why is Ethereum moving to proof of stake?

Ethereum's transition to proof of stake will bring numerous benefits, including improved efficiency, scalability, and security, as well as reduced centralization.

Ethereum will see a 99.95% reduction in power used to secure the network.

In Ethereum’s current proof of work scheme there is heavy reliance on high output graphics cards. Not only are these expensive to replace but also reliance on these creates unseen dependencies on supply chain dynamics. Contrastingly, after The Merge a common laptop can be used to participate in securing the network so hardware requirements are much easier to obtain.

Without the need for specialized hardware, anyone can become a staker. The more people that participate in security, the more robust a chain becomes. With less power being used and easier hardware requirements, economies of scale are a smaller factor. In proof of work, miners can be pinpointed on a map based on high energy usage. With the energy reduction in proof of stake, nodes that are participating can be targeted less easily.

With substantially less energy and less expensive hardware, stakers will not require as much ETH to be incentivized to participate in securing the network. ETH issuance will drop from 4.3% to 0.43%. That’s a 90% reduction! This is a huge shift in the fundamentals of Ethereum the asset. This combined with the ETH being burned since EIP-1559 can make the Ethereum asset deflationary.

Economic penalties for misbehavior in the form of “slashing” make it exponentially more costly for bad actors to attempt attacks as compared to proof of work. Attackers can actually be removed from the pool of stakers and only be reinstated after a few weeks. This is in addition to the economic penalties for submitting bad blocks and other forms of misbehavior.
Unlocks new scalability possibilities
In proof of stake all the nodes are playing a coordination game instead of a competitive one. This unlocks new ways to scale with the building blocks in place for sharding. With the Beacon Chain coordinating between all the validators, it is a small adjustment to start coordinating consensus on multiple shards of the network.

Common misconceptions about Ethereum 2.0/The Merge

How will ETH 2  show up in my wallet?

Even though “ETH 2” is a term thrown around a lot, there is actually no new ETH asset associated with The Merge. Your existing ETH will work just as it always has and be unaffected. Because of this misconception, ETH 2 is sometimes called “the consensus layer”.

After The Merge, will ETH gas fees be cheaper?

The short answer is no, but it could lead to decreased gas fees in the future. Gas fees are related to block space demand. The merge does nothing to increase block size nor does it decrease demand for block space which would be counterproductive to the health of the network.

The merge does set the stage for sharding, which will increase block space and thereby decrease gas fees. The reason for this misconception is that at one point “The Merge” was going to include sharding but this has been separated into its own upgrade.

Gas fees are governed by simple supply and demand. If there is more demand than supply then gas prices are high. If there is more supply than demand then gas prices will be low. Sharding will increase the amount of available block space similar to how layer 2 solutions are increasing the available block space by rolling up transactions (see Lightning Network). So decreased gas fees are on the horizon but maybe still a couple years down the road.

After The Merge, I’ll be able to withdraw my staked ETH.

Staked ETH withdrawal will not be enabled until after the next Ethereum upgrade (Shanghai) which is scheduled 6-12 months after The Merge.

How will The Merge affect users?

Everyday users and BitPay customers will not be impacted. BitPay will continue to process Ethereum-based payments for merchants. The BitPay Wallet will support ETH 2.0 as an asset that you can buy, store, swap and spend. Additionally, BitPay Card users will be able to convert Ethereum to cash uninterrupted.

What is “Ethereum Sharding”?

Sharding is a multi-phase upgrade to improve Ethereum’s scalability and capacity. It will enable cheaper transactions while maintaining Ethereum’s security. It is set to follow The Merge as Ethereum’s next upgrade.

How much ETH do I need to participate in ETH 2.0? How can I stake Ether with ETH 2?

Capital requirements to participate are pretty steep at 32 ETH. However, there are several projects such as Rocket Pool and the Obol Network that are creating solutions for users with fewer ETH to be able to participate.

You do not need to buy another ETH asset in order to participate in Ethereum 2. ETH 2 is not a new standalone asset. The Ether you currently have will still function on the Ethereum Network following The Merge.

What will happen to Ethereum when 2.0 comes out?

Ethereum’s current proof of work consensus will be shelved. However, the network will still operate the same to its end users.

There are plenty of small businesses along with major companies that accept USDC as payment. Here’s how you can go about spending your stable USD Coin. USDC: A US dollar-backed stablecoinStablecoins like 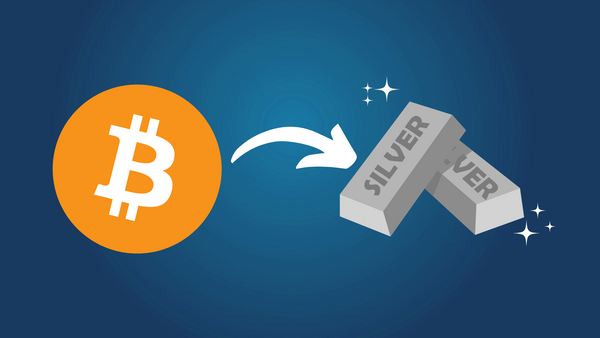 Diversify your collection of precious metals, bullions and coins with silver. BitPay gives you the opportunity to buy silver with crypto through one of our excellent precious metals merchants or with the BitPay

The BitPay Blog
—
Ethereum 2.0 Explained: The Merge with Beacon Chain & Transition to Proof of Stake
Share this