ATLANTA — April 22, 2013 — BitPay Inc., the world's leading payment processor for bitcoin, announces it now has seven full-time employees working in its Atlanta office, using the funding from its seed round in January and February. 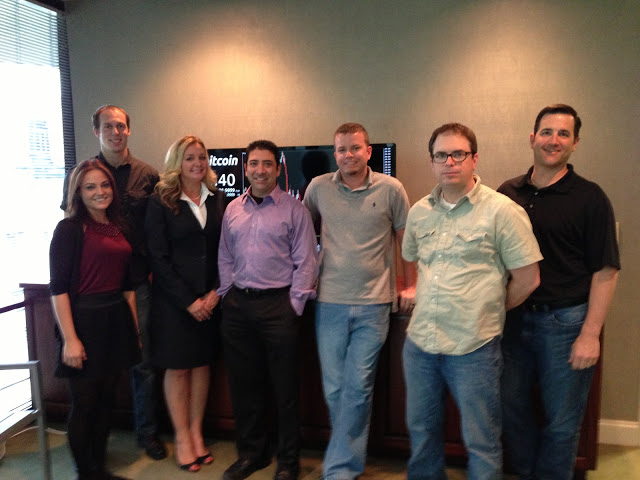 With a strong focus on technology infrastructure, two new Senior Software Engineers were added under the leadership of co-founder and CTO Stephen Pair, who architected and built the platform. BitPay is pleased to announce the addition of Patrick Nagurny and Ian Patton to their Engineering team. This team will be improving the core product, making it more reliable, and adding new features.

Paige Freeman also joins BitPay as VP of Sales. Paige has an Industrial Engineering degree from Georgia Tech, and has spent much of her career as a top Information Technology Sales Manager/Recruiter. Paige's role at BitPay will be to increase the merchant base, transaction volume, and revenue. Paige will report to co-founder and CEO Tony Gallippi.

Crystal Campbell has also joined BitPay full-time, relocating from Orlando where she worked at a local restaurant and bar which has been accepting bitcoin using BitPay. Crystal will be handling Inside Sales and Customer Support in the Atlanta office, also reporting to Tony Gallippi.

The massive increase in transaction volume during March has generated a revenue boost for BitPay, and the company is using the funds to recruit more full-time employees. The most explosive merchant sector has been companies selling precious metals for bitcoin, which has seen a 500% increase since March as investors chose to transfer their bitcoin gains into gold and silver.

BitPay continues to acquire new merchants at a rapid pace, with over 5,500 merchants now approved to accept bitcoin payments using their service. Recently, organizations such as the National Libertarian Party and the Freedom of the Press Foundation have begun accepting bitcoin donations using BitPay.

Overland Park Jeep dealership in Kansas City has also signed up with BitPay to accept bitcoin as payment for any new or used vehicle at their dealership.

The Technology Association of Georgia (TAG) held a reception on April 17 to welcome BitPay to Atlanta.

Effective immediately, we have temporarily stopped using Mt. Gox for determining the exchange rate for our invoices. The rate calculation that we use for each invoice is now as follows: Pull the full

ATLANTA — April 2, 2013 — BitPay Inc, the world's leading payment processor for bitcoin, announces it has processed over $5.2 million in bitcoin transactions for its merchants during the month of March, with