The Bitcoin network is heading toward an activation of the new Segwit consensus rules on August 20th, 2017. If you are using BitPay's Bitcore Bitcoin development platform for your own Bitcoin project or service, you'll need to take some steps to get ready.

Why nodes need to upgrade for Segwit

Once the new Segwit consensus rules are activated, bitcoin transactions will now contain additional transaction information, and some definitions for important transaction rules will be changing. Nodes which fail to upgrade to support Segwit will face major security risks, including the risk of double-spend transaction fraud. Learn more about the risks for non-upgraded Bitcoin nodes.

If your Bitcoin project or service is running on BitPay's Bitcore or Insight services, you will need to guard your Bitcore node behind a boundary node. Bitcore-node v3 uses a modified version of Bitcoin Core 0.12.1 which does not support the new Segwit rules. In order to prevent invalid transactions from reaching your service, you must configure your Bitcore node to only connect to a boundary node which supports the new Segwit rules.

Our team has created the following update guide you can follow to get your Bitcore node ready for Segwit:

How to upgrade your Bitcore full node for Segwit

a) Add the following rules:

If you are running your own instance of BWS (Bitcore Wallet Service) for your own wallet or wallet service, you will need to make a change to prepare for Segwit activation.

If you are running a standalone BWS instance connected to BitPay's Insight-API service over HTTP, you must point your instance at your own boundary-guarded Insight instance (follow the steps above to guard your Insight instance with a BTC1 node) or at the BitPay production version of Insight (insight.bitpay.com).

If you are running BWS as a Bitcore service, placing your Bitcore node behind a boundary node as in the instructions above is enough.

What's next for Bitcore now that Segwit is activated?

Our team is working to release a new version of Bitcore which will be Segwit-compatible out of the box. When this release becomes available, you will no longer need to run additional boundary nodes with a patched version of bitcoind. Stay tuned here on the BitPay blog and at bitcore.io) for updates in the next several weeks.

Last week BitPay published an advisory1 regarding a double spend risk2 for developers using non-Segwit compatible nodes of our Bitcoin development platform Bitcore3. We recommended that these developers mitigate double-spend risk by installing 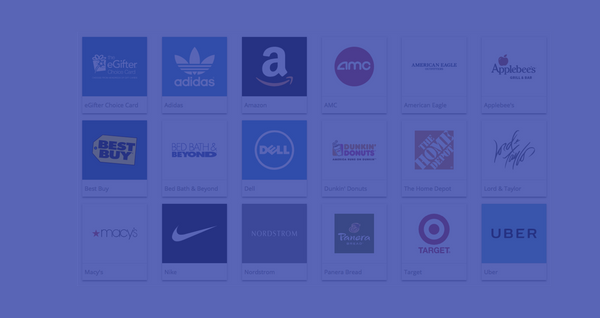 What can you really buy with bitcoin? Skeptics have been asking bitcoin users this question since Bitcoin's start in 2009. Well, the answer now is pretty much anything. How? Enter the online gift