In preparation for the upcoming NCAA bowl game, BitPay has established a full-time presence in St. Petersburg. We now have two full-time employees located in St. Petersburg and will be bring teams down throughout the fall to work with local business who want to accept bitcoin. ESPN and BitPay are working diligently with the local St. Pete community to prepare the city for the biggest bitcoin event in the world.

This past weekend, several people from our team met with businesses in St. Petersburg/Tampa area to talk about Bitcoin. The area had a great atmosphere filled with excitement for bitcoin and the bowl game. 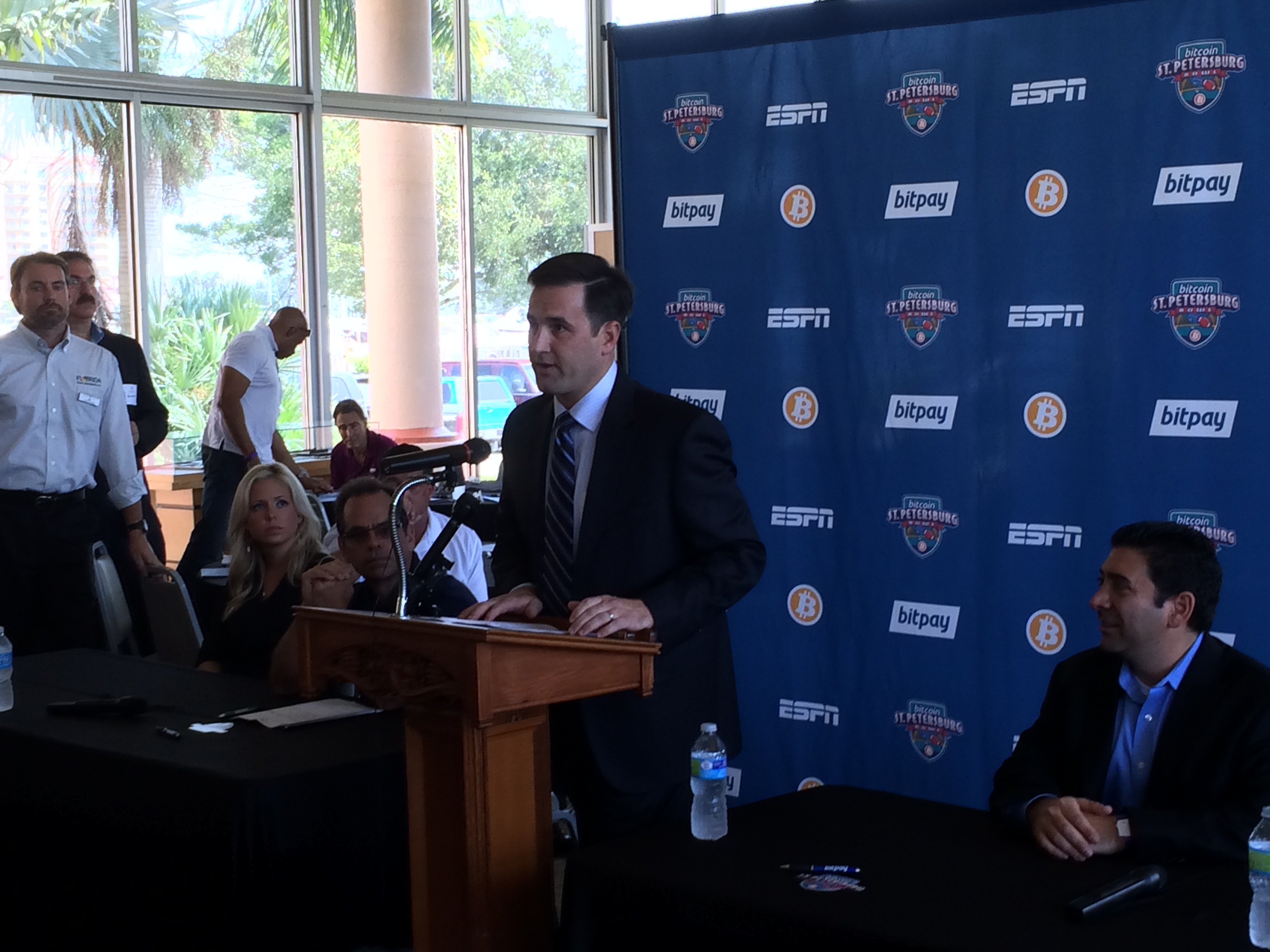 With the help of The St. Petersburg Chamber of Commerce, we were able to introduce many local businesses to bitcoin for the very first time. Representatives from The Tampa Bay Lightning, Tampa Bay Buccaneers, as well as many other business leaders were enthusiastic about the technology and the spotlight the bowl game has given their local area.

We also hosted a rooftop mixer at The Hotel Zamora with ESPN. Business leaders and media members discussed bitcoin while enjoying the beautiful sunset and delicious food.

All of the attendees to the press conference and the mixer received $5 in free bitcoin, courtesy of Gogocoin and Blockchain. Our staff helped new bitcoiners get set up with digital wallets to help them redeem and use their new bitcoin.

We are so excited to be hosted by the St.Petersburg/Tampa community. The area has been extremely supportive of bitcoin and BitPay. There have been so many businesses that have already embraced bitcoin. Fergâ€™s Sports Bar, Green Bench Brewing Company, and [The Hotel Zamora) are among the first merchants to accept bitcoin in preparation for the influx of bitcoiners that will be coming for the game in December.

The Bitcoin St. Petersburg Bowl will be held on December 26th at Tropicana Field.

If your company would like to be involved with the 2014 Bitcoin St. Petersburg Bowl, contact Ashley Wheeler at ashley@bitpay.com or by phone at (386) 366-4133.

Check out this short video that describes the advantages of BitPay. Visit https://bitpay.com/start to get signed up to accept bitcoin! If you are a local merchant in St. Pete, you can also contact John Dreyzehner at john@bitpay.com.

Shipito.com announced today that they will now be accepting bitcoin for their package forwarding services through BitPay! Shipito makes it easier and more affordable for global consumers to purchase items from US-based

Wondering if Bitcoin is right for your business? Come join BitPay August 15 at the Raleigh Convention Center. We're here to dispel the myths of magical internet money. This week, BitPay is traveling