One month ago we launched version 1.0 of Copay, our open source multisignature HD bitcoin wallet. Since then, we've been incorporating valuable community feedback to make a stronger wallet for veteran users and newcomers alike.

This newest round of improvements in Copay adds greater versatility and customization for managing individual and shared wallets.

Users can now generate QR codes for receiving specific designated bitcoin amounts (following BIP21). These amounts can also be entered in a local currency amount, with automatic calculation of the BTC or bit equivalent. 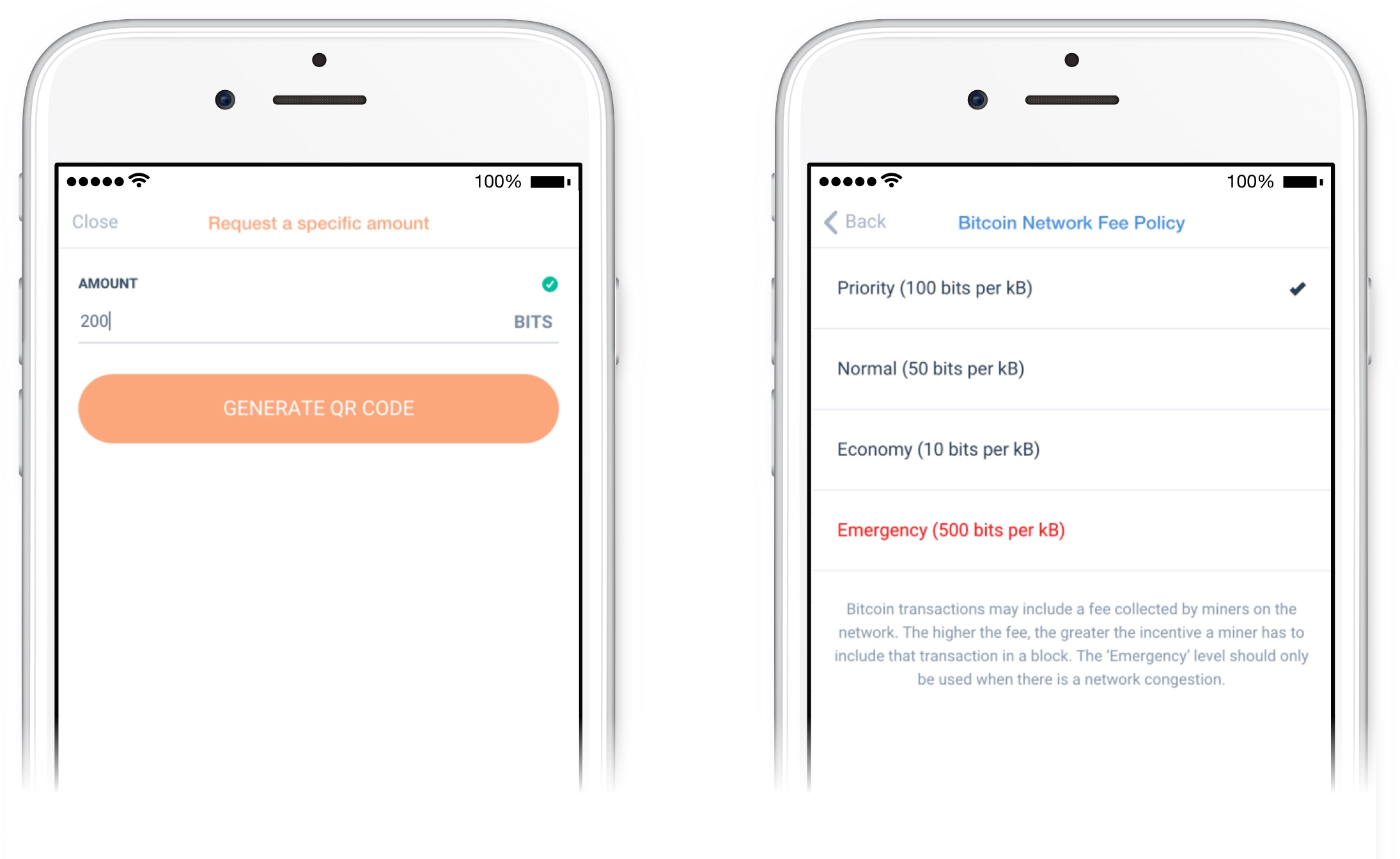 Now it's possible to customize the fees of transactions sent from wallets in the app. This a first step in giving users more control over transaction confirmation speeds. With further testing, this feature will evolve to provide better recommendations based on Bitcoin network conditions (as implemented in Bitcoin Core). The current options are: Economy (10 bits per Kb), Normal (50 bits per Kb), Priority (100 bits per Kb), and Emergency (500 bits per Kb).

This new feature allows users to send all funds from a wallet with a single click. The appropriate transaction fees will be subtracted automatically. 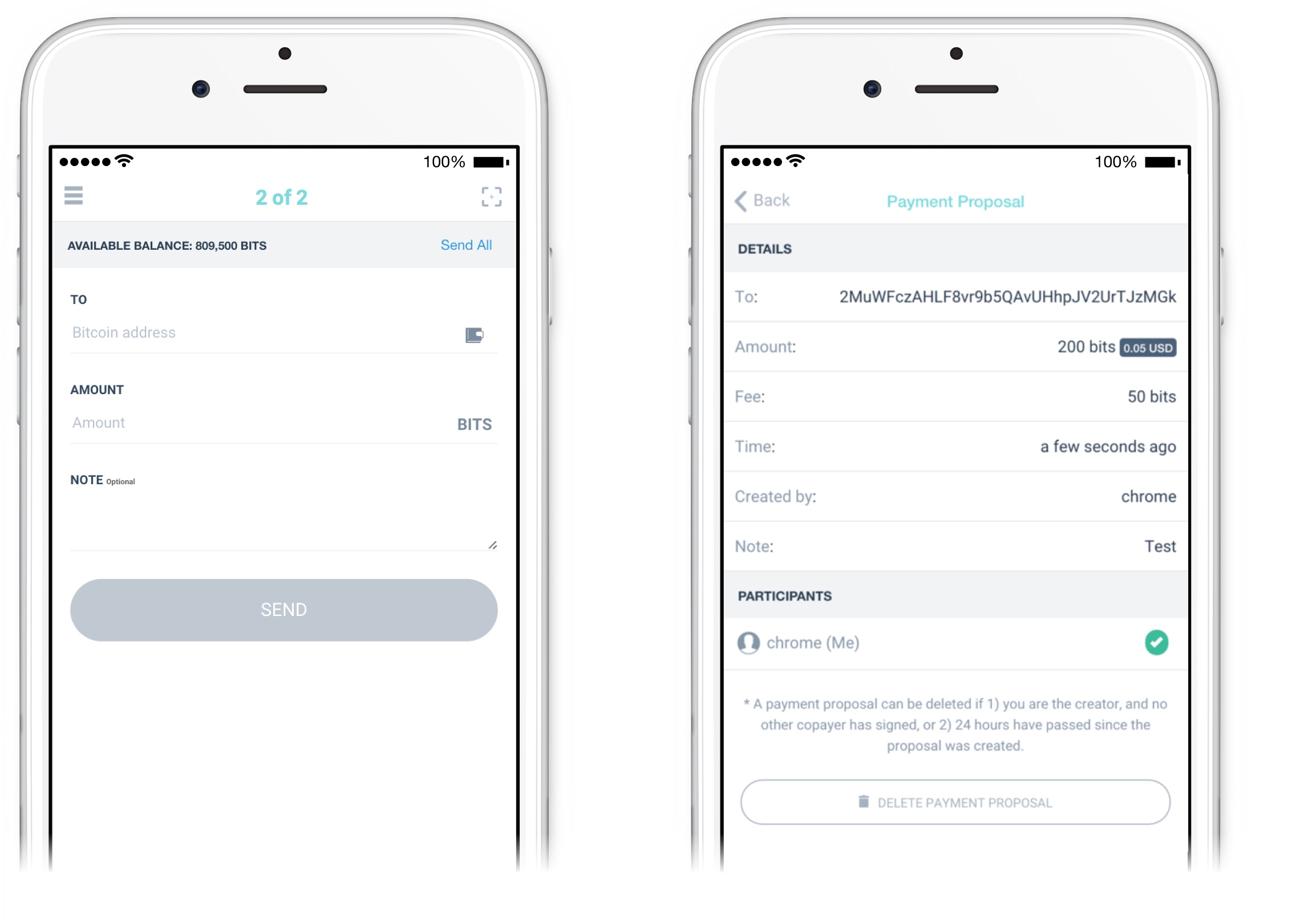 We've made changes in the spending proposal flow for shared wallets to make unlocking funds simpler. Previously only the creator of an unused spending proposal could erase it, and only if no other copayers had signed or rejected.

Now any copayer can delete a pending spending proposal if the proposal was created more than 24 hours prior.

In the first 24 hours, the creator of the spending proposal can delete the proposal as long as it has no other signatures from other copayers (though it may have rejections).

Users can easily transfer funds between Copay wallets with just a couple of clicks. When a user selects a target wallet on the "Send" form, a bitcoin address will automatically be pulled to fill the destination field.

Email notifications have received a design update and are now delivered in HTML format. Notifications use the specific unit (bits or BTC) and language settings designated in the app.

We've devoted some time in this development cycle to improving areas of the app that could use some work. In this version of Copay, offline messages and refresh rules have been updated to operate more reliably in the case of frequent network disconnections.

Have more requests for Copay features or want to give your feedback on the app? Let us know on Copay's GitHub page or on our dedicated product forum at BitPay Labs. Visit copay.io to download or learn more about our secure, shared wallet.

2015 has been a good year so far. We have several new partnerships with global payment service providers (PSPs) that will allow us to bring bitcoin payments to merchants on an unprecedented scale.

One year ago, we set out to build a bitcoin wallet secure enough for our company's funds. After a year of beta testing and use, we're releasing the first version of Copay. Hold

The BitPay Blog
—
New Features for Copay Users in Version 1.1.0
Share this