We were able to attend Mastodon's album release party for "Once More â€˜Round The Sun," which is now on sale for bitcoin.

On Monday night, Mastodon had their album release party for "Once More 'Round The Sun". It was held at the Fernbank Science Planetarium in Atlanta, GA and featured a listening party and album signing.

Mastodon is the first major label band to sell their album for bitcoin through BitPay. Working with Warner Bros. Records to promote Mastodon has been a pleasure, and seeing their excitement about bitcoin is encouraging. To show the bitcoin-loving Atlanta-based band some love, we showed up with some BitPay swag (and also with some merchandise we wanted autographed).

The evening began with a short introduction of the band and the inspiration behind the new music followed by a playing of the album. The crowd was able to enjoy the music while taking in the sights of the planetarium; it was quite the experience. After a giveaway, the band made sure everyone got a signed copy of the new album and met the entire crowd. Emily Vaughn and I represented BitPay. We met with the band and were able to give away some BitPay swag to the crowd. There were a lot of discussions about Bitcoin and more than a few people were already bitcoin users or enthusiasts. 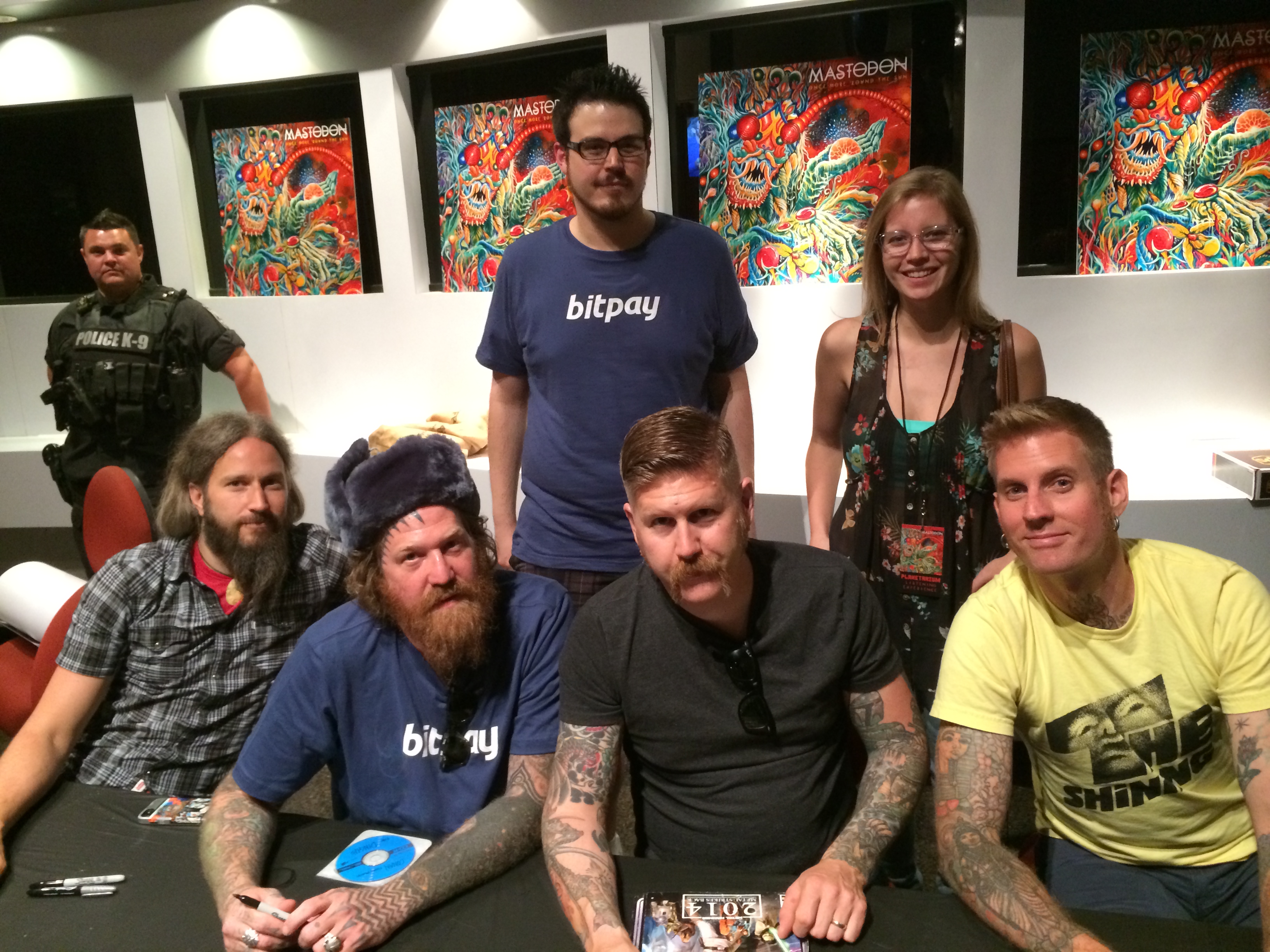 Today, we are excited to announce our proposal for a new passwordless authentication protocol, based on the same cryptography used in the Bitcoin protocol. By eliminating server-side storage of passwords, we can drastically

Today we are happy to announce a 3-year partnership with ESPN Events to create an amazing bitcoin event for sports fans, families, and television audiences. The Bitcoin St. Petersburg Bowl, which people might