Today, we're excited to announce the opening of new BitPay offices in San Francisco and New York, supplementing our headquarters in Atlanta and our recently announced office in Argentina. We have many merchants accepting bitcoin throughout Silicon Valley and New York, so we're pleased to also be adding some new team members in these locations to better serve our customers. 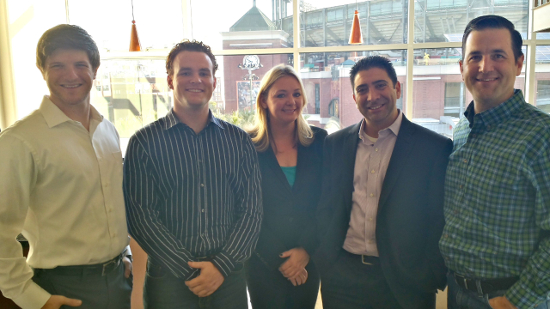 "We are thrilled to extend our exceptional sales and customer support by opening an office in San Francisco," says Paige Freeman, who is now part of our San Francisco office as our VP of Sales. Also joining Paige and the team in San Francisco will be John Dreyzehner, our leader of Client Operations on the West Coast. John has a Bachelor's Degree in Financial Mathematics from the University of Virginia, and is an avid musician and rock climber.

In New York City, we're also announcing the addition of Andy Goldstein as our Regional Sales Manager. Andy is a 15-year veteran of Visa, previously functioning as a Senior Business Development Leader for their Merchant Sales and Solutions group, and has also worked in Visa's Merchant Support operations group. We're extremely excited to have someone with the depth of experience that Andy provides as part of our team.

We're extremely excited to be establishing a physical presence in these places, so you might've noticed us at a few local events lately. In addition to the Startup and Tech Mixer and the LAUNCH Hackathon in February, we'll be at the Game Developers Conference this week, so feel free to come by and say hello; we're at booth 112.

One of the greatest problems in bitcoin is security. Countless individuals and companies have lost their bitcoins due to compromised private keys. Multisignature transactions offer a solution to this problem. They just need

Bitcore now has a custom JavaScript roller for web browsers. Remember when we launched bitcore a mere three weeks ago? Since then the response from the bitcoin community has been extraordinary. We've received